Current Conditions and Trail Assessment of the Manaslu Circuit – April 2016 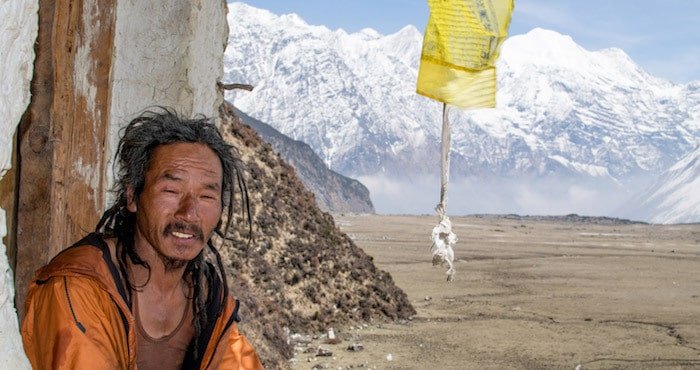 Richard Goodey has just come back from recceing the Manaslu Circuit in Nepal. This is his first hand summary and assessment of a safety inspection and evaluation of trails, accommodation and bridges conducted in April 2016 exactly 1 year after the April 2015 earthquake. 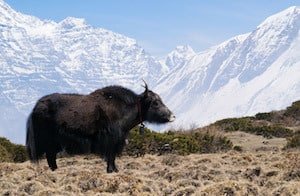 Relying on trip reports from other people can be daunting. I had heard back from our local guides as well as other sources about the conditions of the Manaslu Circuit but to put my mind at rest I really wanted to see for myself. Most of what I had heard was positive and fortunately I got the opportunity to lead this trek to see what the situation is and conduct a solid risk assessment.

The Foreign and Commonwealth Office (FCO) had lifted the advisory against visiting Manaslu and Langtang in February and none other than Prince Harry was trekking part of the Manaslu Circuit, so things were looking good so far. Prior to the recce I’d also been in touch with the Nepal Tourism Board and the Himalayan Rescue Association whom advise the FCO and both organisations stated they were encouraging visitors to visit the Langtang and Manaslu regions. As of December 2015, over 1200 trekkers had completed these routes. 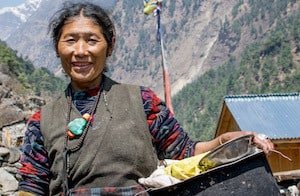 In October 2015 I personally recced all of routes we offer, with the exception of the Langtang. You can read more in-depth reports on the blog posts below. Fortunately, after completing the Manaslu Circuit I was able to visit the Langtang, Helambu and Gosainkunda and a comprehensive trail assessment will follow this one shortly. 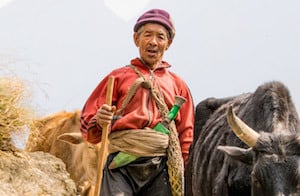 Foreign trekkers bring money, boost the economy and provide employment within Nepal’s trekking areas. One year on from the earthquakes, it is evident that a tremendous effort has gone into repairing trails and restoring the infrastructure in these areas. Based on previous visits to the region, it’s apparent that the trails aren’t just ‘back to normal’, they’re better, safer and improved from before the earthquake struck.

Whilst trekking I specifically looked at and inspected: the trails, the lodges, bridges and evidence of landslides. John Cambridge, a former client whom had visited the Manaslu region 18 months before had joined me as well. John is an architect from Manchester, and whilst not working in an official capacity, was able to provide insight and expertise into what damage to look for in the buildings we came across.

100% of all bridges encountered and crossed were in great condition, safe to cross and continue to use.

Overall the majority of buildings that did see damage have been repaired and there is little evidence of the earthquake. 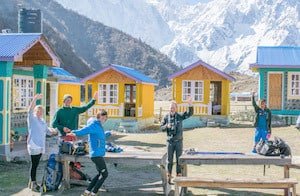 None of the guesthouses that Lost Earth Adventures normally use were damaged in the earthquake. We favour smaller lodges not beneath steep or rocky slopes or near drainages and ones made from wood or brick with concrete reinforcement. As all the tea houses we use were undamaged in the earthquake they have been pretty well tested. Fortunately there are many wooden, one story lodges such as these beautiful little cottages at Bimtang (pictured left) on the route.

Most of the damage occurring throughout the region was from falling rocks. Landslides are a common occurrence during the monsoon months of June to early September where huge rainfall dislodges rocks and saturates the land causing it to slide. This is why we do not recommend trekking in this region during the monsoon. 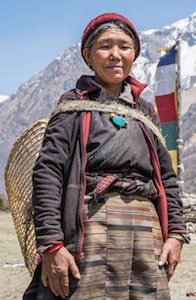 Since the earthquake we had 4 months of monsoon rains cleaning the cliffs of any remaining unstable debris. The locals are living life as normal and the earthquake or ‘bagumpa’ in Nepalese is now a distant memory. You are certainly not walking through devastated villages and piles of rubble.

As previously mentioned above, extensive trail maintenance and repairs have taken place over the past year. The Nepalese Army, hundreds of locals as well as outside NGO’s have made the trails safer, wider and better than before the earthquakes. 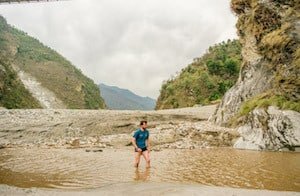 Historically, Nepal has suffered from major earthquakes every 80-100 years. Statistically now is a very good time to go. The locals haven’t felt an aftershock in months so now the risk would be comparable to a tsunami hitting the beaches of Thailand. With the new wider paths, cleaned hillsides and with few tourists right now, I’d say this is the best time ever to explore this region.

The lodges on the Manaslu Circuit have significantly improved in recent years and I have collated all their contact numbers so that we can be sure to book the best ones in advance. 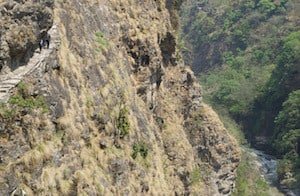 The Manaslu Circuit is a very adventurous trek that is off the main tourist routes. It is trekking for 6-9 hours a day in a very remote setting with footpaths and bridges that are 100’s of feet high. The lodges are quite basic but you will be hard pushed to find a trek as culturally stimulating whilst surrounded amongst such spectacular mountains. For those of you that are prepared to put in the effort you will be rewarded highly. 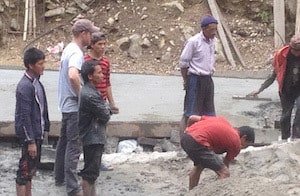 After a thorough trail assessment we are pleased to be running all trips to the Manaslu Circuit as normal for 2016 and 2017.

Read another blog post here or for more details about joining us for this trek visit the Manaslu Circuit Trek’s page.