UNESCO Sites of The Kathmandu Valley 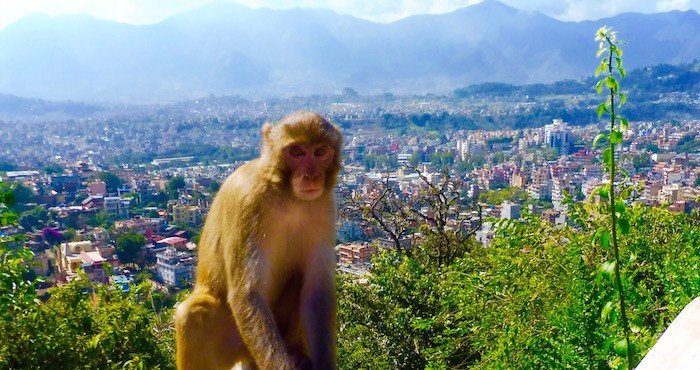 7 months has passed since an earthquake rocked Nepal and a busy season for Lost Earth Adventures is winding down. Company Founder, Richard Goodey initially went to Nepal in September to assess the impact of the damage to our trekking areas, but also to see how the country’s cultural sites had been impacted.

The entire Kathmandu Valley is designated as a UNESCO World Heritage Site, and comprises of 7 historic and culturally significant monuments, temples and buildings. The good news is that for the vast majority of these spots, damage has been minimal. Conservation workers have also been able to preserve ancient artefacts, wood carvings and relics from the buildings.

Nepal has been extremely quick in the restoration/rebuilding process and for the most part we’ve been able to enjoy the rich cultural history of Nepal with our guests all season long. We’ll be updating information regarding the country’s trekking routes shortly, but for now here is a current update on the Kathmandu Valley. 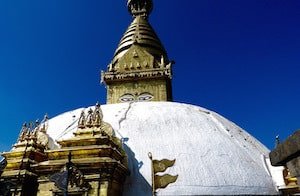 The main point of worship and the focal point for any visitor here is the main stupa and it is still standing proud for all to see, a few cracks but nothing significant and will easily be rectified. Those of you that know Swayambhunath (Monkey Temple) will know that there are two distinctive white pillars that can be seen from across the city. The pillars are called Pratap Pur and Ananta Pur. Unfortunately Ananta Pur fell down along with the Karmaraja Mahabihar Monastery. These are being reconstructed at present. Around 80% of the heritage site remains open for visitors and your entrance fee will help in restoring this amazing place for future generations. 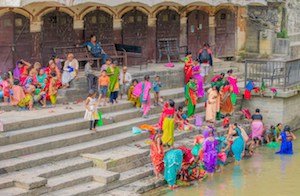 This intricate temple complex is the holiest Hindu site in Nepal. Thankfully very little of the temple and surrounding grounds have been affected. 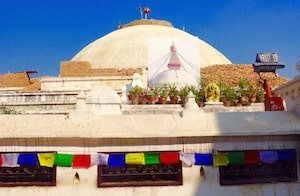 Of the Kathmandu Valley’s 3 main temples, Boudhanath Stupa was the most severely damaged. Currently a dedicated team is working swiftly to repair the building and its religious relics.

Work is expected to be complete early in 2016, ready for visitors arriving for the spring trekking season. 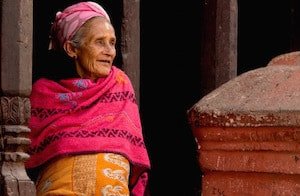 Bhaktapur is rightfully so, one of our favourite places in Nepal. Known as the City of Devotees it stood as the ancient capital of Nepal until the late 15th century. This is a town that has been frozen in time, enthralling visitors with its pagoda style Hindu temples, rich Newari heritage and architecture that dates back more than a thousand years.

Nepal’s most well preserved city faced significant damage to its buildings, with approximately 60 structures completely destroyed. Miraculously though, many of the cities homes and temples remain standing and in good condition.

Imagine a Nepali Tudor village (the town itself hails from the same period as the Tudors), walls of buildings made from red brick, without the white cladding, supported by black wooden beams. Bhaktapur is totally unique. Today, wandering its cobbled streets, you’ll still see women weave cotton in the open and men drive herds of buffalo or move goods by horse and cart. To bare witness to a town’s living history is a real treat.

The oldest temples in Bhaktapur are the Dattatraya temple, Nyatapola temple and also the Golden Gate. They are all still standing undamaged and are considered the most important to Hindus. Nyatapola is the biggest temple at 43m high and one of the biggest in the whole of Nepal, which is thankfully still standing proud. 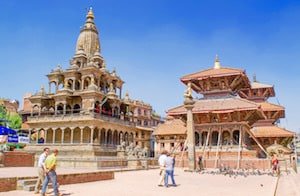 The 14th century Krishna temple is the most important and fortunately is still standing. Krishna is the preserving God and devotees from all across the sub-continent come to worship here.

Patan’s Durbar Square is still a very attractive place to come and visit and the culture and peaceful ambience remains. There are two main pillars, the most memorable is that of God Hanuman (the monkey god) and the other is the Vognarendra Malla statue in remembrance of the17th century king. Hanuman is still standing but the King’s Pillar has fallen. 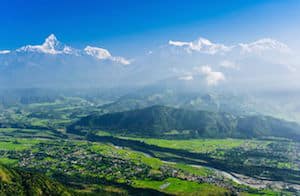 Pokhara – the city lies 200km east of Kathmandu and was not damaged at all from the earthquake.

Kathmandu – outside of the temples mentioned above, damage to the city is not noticeable. Hotels and other tourist infrastructure remain in excellent condition.

Chitwan – The area surrounding Chitwan National Park was not affected.

District of Sindhupalchowk – This is an area north of Kathmandu which was affected by the aftershocks of the initial earthquake. It is known for its world class rafting, kayaking and canyoning. Richard spent a few days exploring the region and his overall feedback showed genuine surprise at the lack of visible damage in the area. It was reported that homes and local buildings in more remote areas were damaged/destroyed, though residents were waiting until post-monsoon to begin reconstruction. Lost Earth Adventures have been bringing our clients to this area all season long.

Nepal’s busiest tourist season (October-December) saw an overall 85% reduction in tourism this year. Having spent the past 3.5 months travelling extensively throughout the country, it is in our professional opinion that Nepal is genuinely ready to welcome tourists back.

We look forward to sharing Nepal’s rich cultural history with our guests in 2016! 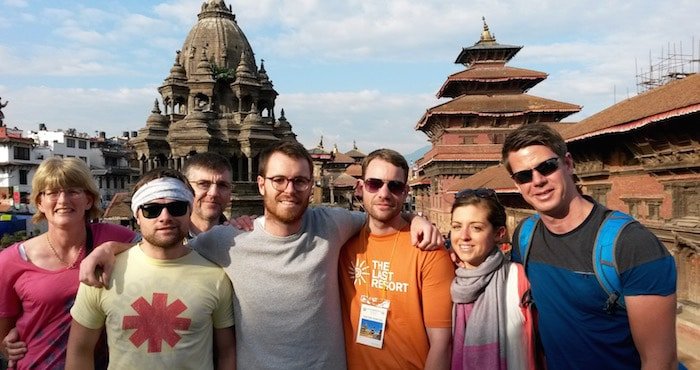