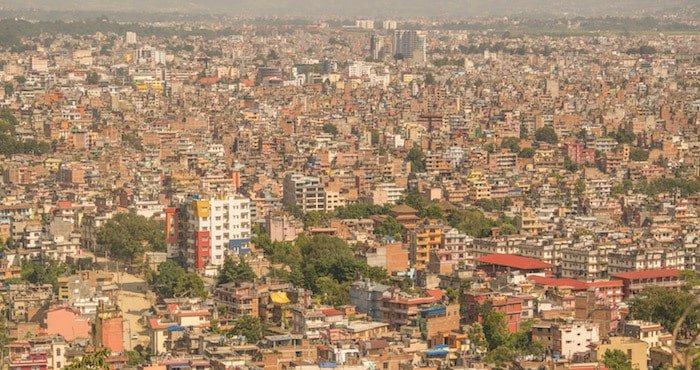 Nepal’s government finished their constitution today! It has taken many years to get written, missed many deadlines and been the cause of many arguments for quite sometime, but now it is finished. It’s very important to Nepali people and symbolises a united country. Groups of revellers blocked cars around the city and painted elaborate pictures on the roads. I’ve posted a short video below that shows the happiness. 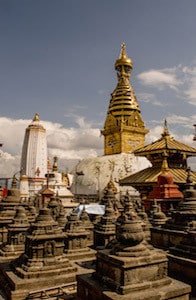 KP took me out on the back of his his wife’s scooter up to Swayambunath; affectionately known as the monkey temple and probably the most famous temple in Nepal. It’s home to many monkeys and is also a temple where Hindus and Buddhists worship together in harmony. Swayambunath is one of my favourite places in the the valley and unfortunately it has been hit the worst as it sits on top of a steep hill. Fortunately the main stupa and many of the ancient wooden parts had suffered minor damage but there has been collapses of some of the buildings around the grounds.

The people in the communities have come together to help one another and have not wasted any time in the re-building and clearing up. They are also doing a good job of trying to preserve their cultural heritage.

Some of the 500 year old temples in Durbar Square have unfortunately been lost. It was a shame to see this but again on a positive note around half the square has remained unscathed. They are sorting through and collecting anything salvageable to rebuild everything back again.

I’m motorcycling to the the location of the epicentre of the earthquake tomorrow to meet some good friends that I haven’t seen since the earthquake, find out how they are and see how effective overseas aid work is going on first hand. This is an area that I hitched hiked into from Tibet 14 years ago on my first visit to Nepal so it is a special part of the world to me.