A Himalayan Expedition and Documentary with Nissan

On the Trail with Nissan: An Epic Adventure Across Nepal

—
Leading a group of 40 people through the Himalaya is no easy feat, especially when they are filming a documentary. But, there is an easy way to break the ice at the start of an expedition…

Get them to experience the world’s highest and most breathtaking canyon swing!

Lost Earth were tasked with providing an epic trip of a lifetime, the ultimate Himalayan adventure for a team of four that hailed from Spain, Germany, France and England. These 4 were the lucky winners of the Nissan #XTrailAdventure competition. 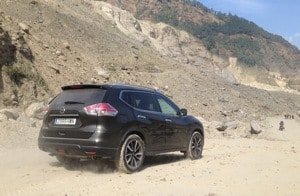 A fleet of 10 vehicles joined the expedition including 3 new Nissan X-Trails, as well as support vehicles to transport the crew and kit.

The next seven days were spent in a whirlwind, crossing the Himalaya and guiding the competition winners over awesome terrain – technical single track, up steep rock faces and down powerful white water! 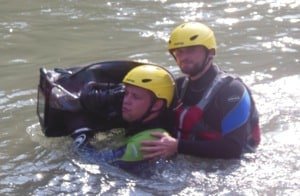 The production crew asked us to ensure that the winner’s experience in Nepal was one that they would never forget – the ultimate Himalayan Adventure.

We set out to create some real adrenaline moments and lift people out of their comfort zones, all whilst keeping the group safe and maintaining our high professional standards.

Whisked out of Kathmandu at dawn, we left the manic capital behind, setting off in convoy. Huge distances needed to be covered over the next week, hundreds and hundreds of miles over tough trails and with tricky rivers to negotiate. The trip was hard work but highly rewarding. 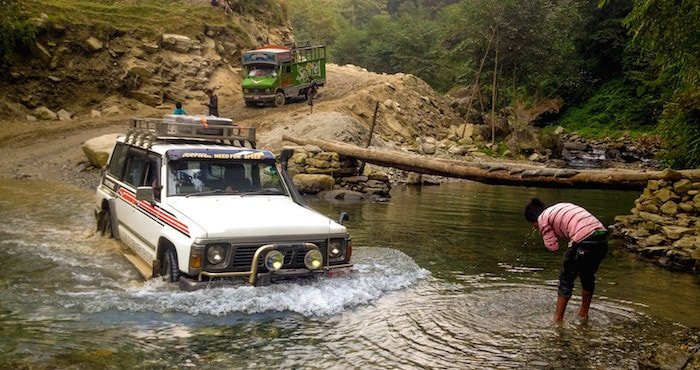 The competition winners, though hailing from four different countries, with four different languages between them, their common denominator was the adventure that lay ahead. All did an exemplary job of taking on new challenges whilst being transported far beyond their comfort zones – the very definition of adventure! 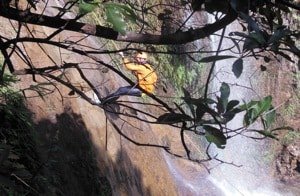 Heading into the high hills directly below Tibet, we asked the group to take a giant leap of faith… nothing can compare to the feeling of standing on a suspension bridge, 165m from the ground, about to jump. This, the highest canyon swing in the world, will test even the bravest adventurer!

The group experienced vertical, extreme and very wet rock faces as we went canyoning and abseiled down 40m waterfalls.

From descending cliff faces, to finding our way up one, situated just outside of the Kathmandu Valley, we tasked our team to defy gravity on some hard rock climbing routes. Despite the physical challenge, the views into the valley far below were utterly phenomenal! 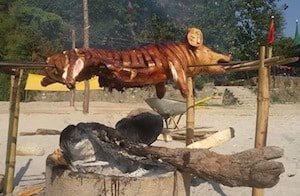 The Sun Kosi River tumbles down ferociously, originating from the high Tibetan plateau, carving its way through the Himalaya, making it home to world class kayaking. We took on the challenge of high volume water and swift rapids head on, led at the helm by our extremely talented guides. 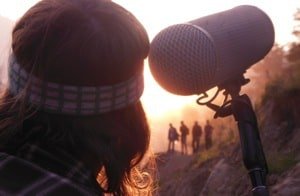 And it wouldn’t be an expedition without an authentic wild camp. We made our way through spectacular mountain scenery into the thick of Shiva Puri National park, where our ever-enthusiastic crew had constructed our winner and crew camps. Built on top of a mountain to house a group of 70, it took 10 men 4 days to create. 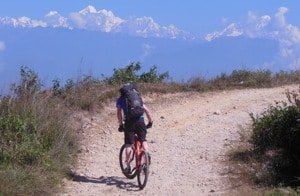 That evening, a big campfire was lit and our porters got the instruments out and broke into traditional Nepalese song – a poignant highlight of the trip for some of our group.

One final objective lay ahead – to find the gnarliest, wildest, most epic trail we could find, get on our mountain bikes and ride!

The expedition brought us out of the wilderness and wild Himalayan terrain back into the frenetic streets of the capital. The journey had come to an end, but the memories will last a lifetime. 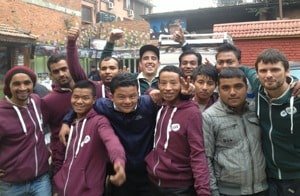 Without our crew of over 30 drivers, guides, instructors, cooks, assistants, and porters working incredibly hard, day in and day out expeditions like this just can’t happen.

Byron (Lead Guide) – Under huge pressure to make sure everything went to plan, Byron always went out of his way to make sure people had an amazing experience.

Dipak and Krishna (Head Nepali Crew) – Our local crew were commandeered under these two affable and hard working guys. They were total gems to work with. No matter the task, they always did it with a smile! 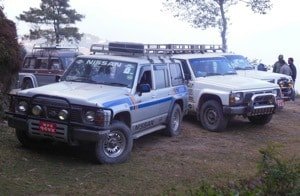 Our support vehicles were a terrific assortment of Asian Nissan Patrols. They were a testament to how strong Nissan make their vehicles. Incredibly strong, robust and in great condition, you need vehicles like this when crossing the Himalaya!

You can read and see more about the expedition in:

Get the inside scoop on our guides and all of our Himalayan Adventures.

Find out more about our: in-country fixing, film and TV work, safety and logistics