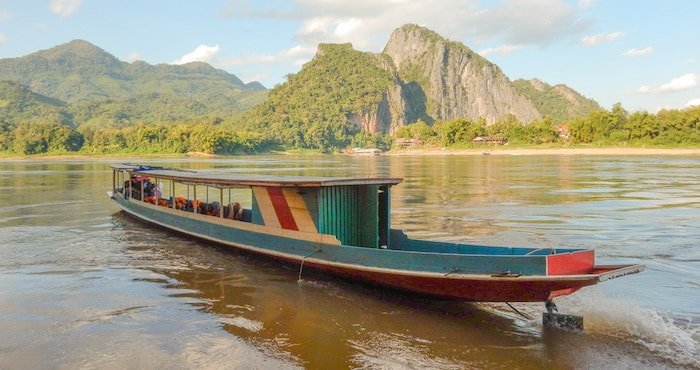 Thailand: the land of smiles and the golden land. These are the phrases often used when referring to Thailand and as soon as you arrive in the country, it is easy to see why. Is it even possible that anywhere else on earth has as much to offer as Thailand? Where else can you see and experience so much? There are the dramatic jungles and mountains as demonstrated in the beautiful Chiang Mai, rivers and serene countryside, and the stunningly barren limestone cliffs of which the Crazy Horse Buttress is famed amongst rock climbers.

There are the Islands and beaches with their crystal clear blue water and white sands, ancient temples and ruins like Wat Phra Kaew, Ayutthaya, and the Grand Palace. There is the Asian metropolis of Bangkok, national parks, exotic and often endangered wildlife, peaceful evenings in the villages and a diverse nightlife scene in the bigger cities. There are floating markets and night markets including the Bang – Ain which stretches for half a mile and the famous night market in Chiang Mai, the list really does go on. Thailand really does have something for everyone, whether you are looking for a spot of intrepid adventure travel or if you are seeking a luxuriously relaxing holiday. 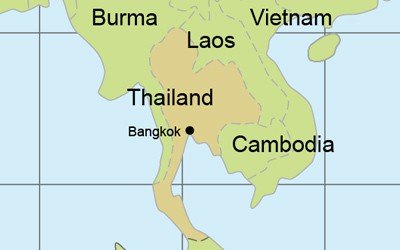 Thailand is a captivating, exotic and unique country, offering fairly modern environments and cities seemingly holding hands with traditional cultural heritage. Thai people are naturally warm, honest and welcoming. Hospitality and grace are integral to the people of Thailand and it is demonstrated in everything they do. The warm smiles of the people only serve to enhance the overwhelmingly pleasant experience that is Thailand and capture the hearts of people who travel there.

If you needed any more convincing, then there is of course Thai cuisine: exquisite, distinct, aromatic and an experience in itself that is definitely worth the flight! All the above make it the most popular tourist destination in Southeast Asia and explain why it has reached such a status. Thailand offers an unforgettable experience as a mesmerising and exotic country.

Our Trips to Thailand

The weather in Bangkok and the surrounding area is hot and sunny all year round. The average temperature ranges from 28°C‐32°C. The further north you go (Chiang Mai and surrounds) the cooler and less humid it will be. Average temperatures in Chiang Mai still hover around +28°C though can drop down to 15°C at night.

The basic unit of Thai currency is the baht. Major credit cards will be accepted in larger hotels and shops, but cash is usually the preferred tender. Travellers’ cheques are not widely accepted outside of large hotels, so it’s advisable to change them for cash at a bank exchange. There are plenty of bank exchanges around and you are almost guaranteed to find one in most towns. All bills and coins have a picture of His Majesty the King and are therefore supposed to be shown some respect. Legally any traveller arriving in Thailand must have a certain amount of money in cash, travellers cheques, bank draft or letter of credit and your funds may be checked by the authorities. Whilst there is no limit to the amount of Thai or foreign currency that you may bring into the country, upon leaving Thailand you are permitted to take no more than 50,000B per person.

Thailand is considered a relatively safe country to travel in, however it is always wise to be a little cautious and express the same vigilance as you would travelling around any Western country, especially when travelling at night. We recommend that you always take official licensed taxis and ensure that all of your valuables are stored safely and that your doors are locked at night and when you leave your accommodation. We recommend that you always make sure that you get an itemised receipt for property left at hotels or guesthouses. There have also been some reports of credit card fraud, so whilst it is sensible to inform your bank that you will be using your credit card abroad it is also important that when making transactions you keep an eye on the whereabouts of your card. Another problem is scams which have been aimed at tourists, so please be aware of gem scams, antique scams and card scams, other low level scams involve tuk tuk drivers, hotel employees and bar girls offering city tours and anything else. Follow the golden rule, if it seems too good to be true, it usually is.

There’s a reason why Thailand is also known as the ‘land of smiles’, it’s due to the people and their reputation for being easygoing, courteous and hospitable. The Thai greet people with a ‘Wai’; their hands are joined together as if in prayer and held close to the body about upper chest height followed by a slight inclination of the head to the tip of the fingers. If you are introduced to a Thai and that person Wais to you then you should return the Wai. Generally, younger people will Wai first, but if a small child Wais to you, then it is not appropriate to return the Wai; a big smile will do. Similarly if you receive a Wai from an airline stewardess or after tipping a waitress or from a tuk tuk driver it is inappropriate and embarrassing to them if you return the Wai. Once again a big smile will do.

Like other Asians, Thais attach a great deal of importance to the concept of face, which involves gaining, preserving and enhancing respect and status. Travellers should avoid actions or words that may cause themselves or Thai people to lose face in public. The two things that Thais revere most are faith (Buddhism) and the monarchy and it is a grievous offence to criticise one or both. There are 5 major religions in Thailand and around 94% are Buddhist of the Theravada tradition, the second largest religious group at about 5% are Muslims. Apart from the dominant Thais which make up 75% of the country, minorities include about 50 different mountain or tribal ethnic groups, generally centred in the North and along the Western Border.

Thailand has both a king and a Prime Minister which means that the Prime Minister is head of the government and the king is head of state. Although the king does not have much direct power under the constitution, he is a symbol of national identity and unity. The political division in Thailand remains fierce and emotional, although people generally accept that this intense division has been caused over time by the unequal distribution of wealth and power. During the troubles in 2010 the government initiated a state of emergency throughout Thailand which included curfews and limitations on the numbers of people who could gather at any one time, these emergency measures have now been lifted in all areas apart from Bangkok. Although the political tensions that caused the trouble have not been resolved, Bangkok, as with the rest of the country, is peaceful once more and travellers are not advised against visits to Thailand.

The scenery in Thailand is as varied, attractive and captivating as the people themselves. It is estimated that 25% of the surface area of Thailand is forest with tropical evergreen forest accounting for 10% of the entire surface area of Thailand. The topography here ranges from high mountains and steep river valleys in the North to limestone encrusted tropical islands and idyllic white beaches in the South. Broad characteristics divide the country into zones. The fertile central region is also known as Thailand’s Rice Bowl or the Rice Bowl of Asia due to the fact that it is one of the world’s most fertile rice and fruit growing areas. The North East Plateau is a flat, barren plateau dotted with low but rugged hills and is one of the country’s poorer areas bordering the Mekong River Valley and has an unusually long dry season; Eastern Thailand borders the North Eastern Plateau to the north and the Gulf of Thailand to the South and is known for its short mountain ranges and rivers. Southern Thailand’s abundant rainforest and the pristine beaches are favoured by many a tourist and then there is the mountainous and dramatic scenery of the North. Thailand is also famous for the Andaman Sea and the Gulf of Thailand that forms over 2710km of beaches, hard-shores and wetlands. Hundreds of islands lie offshore with a huge variety and amount of marine life making this area very popular for diving and snorkelling.

Thailand has been profusely blessed by nature. National parks, sanctuaries and lakes that provide shelter and homes for a variety of animals, birds, reptiles and marine life stud the country. The tropical landscape shelters some of Southeast Asia’s most charming and endangered wildlife, including; tigers, Asian elephants, Malayan Tapirs, and clouded leopards. Its diverse array of habitat types only assists in making the wildlife in Thailand something truly special and amazing.

Thailand has more than 50 protected Wildlife Sanctuaries that accounts for nearly 10% of the country’s surface area. Many of those are not open to the public or subject to development in anyway proving true to their name of Sanctuary. A further 20% of Thailand is designated as forest reserve. 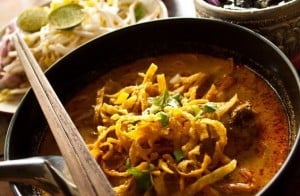 Although many Thai dishes are spicy, it is a misconception that all dishes come this way. Not only is it the distinct flavour and fresh ingredients that the Thai people pride themselves in, but adhering to another important aspect of Thai culture, the presentation of Thai food is among the most exquisite in the world. Thai is a wonderful flavourful, aromatic and healthy cuisine and whilst it now features heavily in restaurants all around the world, the best place to sample the delights of it, is without doubt Thailand itself.

1 km north of Koh Tao is the beautiful island of Koh Nang Yuan, which is the only place in the world where 3 islands are joined by a sandbar.

Nakham Pathom is not only the tallest Pagoda in Thailand but also the tallest pagoda in the world.

Thailand is the longest reigning kingdom in the world and the only country in Southeast Asia to have never been colonised.

According to the Guinness Book of Records in 1995, the Thai language has the largest alphabet in the world.

The Thai greeting ‘sawatdee’ was made up during the Second World War. Previously the usual greeting was to ask people whether they had eaten yet.

Thai contestants have won the Miss Universe Pageant twice, once in 1965 and again in 1988.

Some interesting Thai laws are: It is illegal to step on any of the Thai currency, to leave your house if you are not wearing underwear and to drive a car if you are not wearing a shirt and according to an old law, at the age of 30 unmarried women become property of the state! And of course, no one is permitted to swim across a river unless they have a coin in their pocket!

Lost Earth Adventures offer the opportunity for a real adventure holiday in Thailand exploring this dream travel destination in an eco friendly and responsible manner.