What to do in Kathmandu

Wondering what the best things to do in Kathmandu are?

From monkeys to mountain biking, our quick guide reveals all! 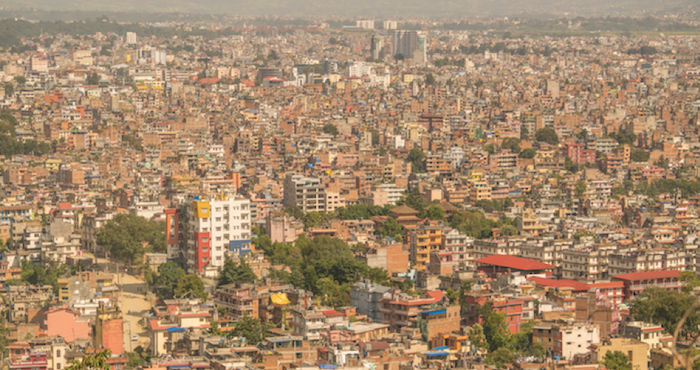 Nearly all international visitors of Nepal enter through its mesmerising capital, Kathmandu. In fact, all our tours and treks see you fly into this unforgettable city. Some of our tours, like the 6-day Chisapani and Nagarkot trek and the 9-day Helambu trek, stay within the vicinity of the capital. And for good reason!

Majestic. Traditional. Frenetic. Trendy. Kathmandu has it all. Whether you have several days or just a few hours, we’ve compiled our favourite things to do in crazy Kathmandu. 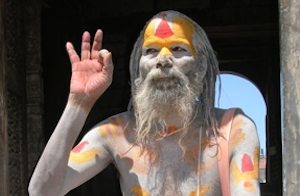 Resting on the banks of the Bagmati River, Pashupatinath Temple is a sacred Hindu temple built in the 5th century. It’s a UNESCO World Heritage Site and is a marvel to behold, a true cultural experience.

Indeed, like much of Kathmandu, there is a vibrancy seldom found in other cities anywhere.

Explore the pagodas, soak in the atmosphere and take a snap with the friendly Hindu holy men that reside in the temple. But be warned, these men often stroll around naked!

Down by the river, you’ll see families wash and funeral pyres bellowing on the bank. It’s tradition that sick Nepali people come here to spend their final few days. After they pass, they are cremated and then families mourn by celebrating their life. It’s an unusually enchanting sight providing an authentic look at Nepali life.

Get lost in Durbar Square 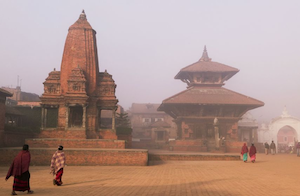 The first thing you notice about Durbar Square (or Royal Palace) is the 50 temples which surround it. Lined with pagoda-type Hindu temples, the Square is 1km from Thamel. Walk from Thamel to Durbar Square for a genuinely atmospheric walk in time.

On these ancient roads, people travel by horse and cart and bicycles traverse the dirt. Why not take a trip by rickshaw?

Durbar Square is famous for its vast street food stalls and the smells and aromas stay with you for years, especially after all that Dal Bhat on the trek. Those with an iron stomach may wish to partake in a few strange dishes. Goat lung, anybody? Technically a city in its own right, Patan has its own Durbar Square which is usually considered bigger and better than its namesake sister. This is also where the Kumari lives, the Living Goddess.

The Kumari is an elaborately chosen young girl believed to be a manifestation of the divine female energy in Hindu traditions, known as Taleju. When the Kumari’s menstruation begins, the goddess vacates her body while the search for a replacement commences. It’s a fascinating tradition and you can choose to be blessed by the goddess.

Unlike Kathmandu’s Durbar Square, Patan’s Square is pedestrianised and much quieter, so the frantic-o-meter is taken down a notch. Take in the large bells and pagodas while relaxing in a rooftop cafe. 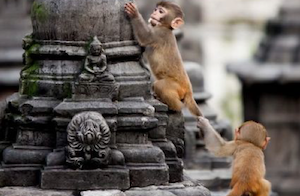 Of course, no visit to Nepal is complete without a visit to the famous Monkey Temple in Kathmandu Valley.

As the name suggests, it’s home to thousands of monkeys who patrol the ancient temple in packs. You’ll see them swinging from trees with their young and they even have their own swimming pool.

The monkeys live in relative harmony with visitors, but we advise not to make eye contact with them. In return, you’ll soak up the tranquility of the temple but keep your food close, they’re always on the prowl!

The Monkey Temple, or Swayambhuunath, is both a Buddhist and Hindu temple, a rarity in itself. You’ll see prayer flags and impressive stupas – mound-like structures containing relics – which help create a feeling of peace and meaningfulness.

Let the Tibetan influence sway over you as you learn about the Buddha’s third eye, the Eye of Consciousness. The idea is to learn how to consider the world beyond the physical eyes.

Swayambhunath’s atmosphere will blow you away. In amongst the swinging monkeys, roaming dogs, Buddhist monks that dedicate their lives to this place and the colour that shines everywhere, you’re bowled over by the sense of serenity and calmness the whole place gives off. 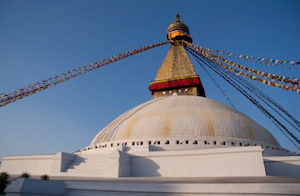 Around 11km from the centre of Kathmandu lies Boudhanath, home to one of the largest stupas in Nepal.

What strikes you most about this place is how relaxed it is, it’s just so blissful.

At Lost Earth Adventures, we take many of our trekkers here after the tour, surrounding them with traditional Nepalese customs, coffee and shops and restaurants. Like all of Kathmandu, the food never lets you down – read our blog on ten best restaurants in Kathmandu if you don’t believe us!

In fact, our guide Bhairas lives in Boudhanath, so who better to show you around? 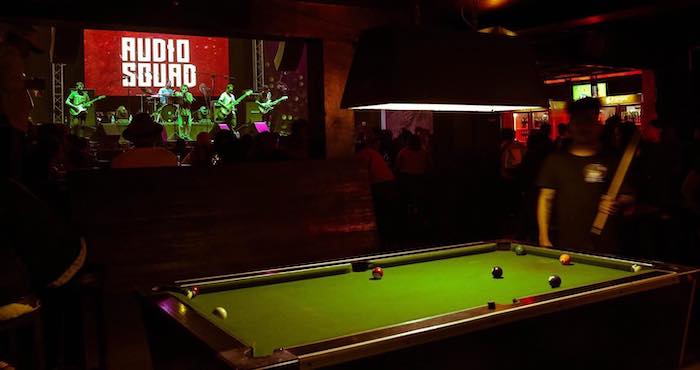 Got a few more hours?

In Kathmandu, you realise quickly that while everybody else rushes around, you just want to soak everything up. If you have a bit more time, here’s what else you can get up to.

If it’s a night out you’re after, the legendary Purple Haze Rock Bar is the ultimate nightspot for drinks and dancing.

Some of the best bands in all of Nepal play here and there’s live music most nights. Tom & Jerry’s is another top shout for a pint, pool or to watch the football.

For the thrill seekers 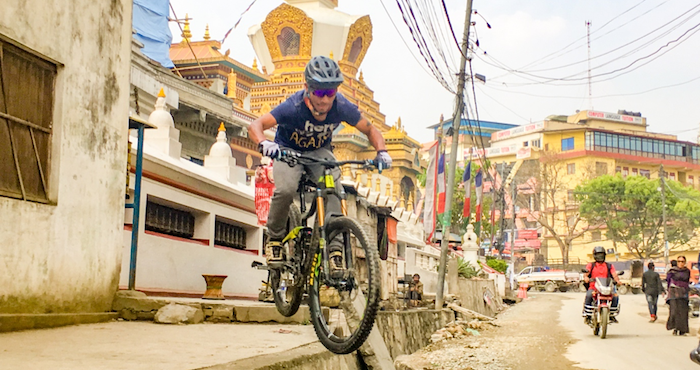 If the adrenalin junkie inside hasn’t quite had enough of trekking, why not trail run into Shivapuri National Park or jump into the saddle for a guided mountain bike trip? The tracks are amazing!

Not quite extreme enough? Well, there’s always bungie jumping from a 160-metre suspension bridge to get your blood pumping.

For the calmer ones among us, we highly recommend an excursion to Nagarkot (unless, of course, you did this on your trek). Set off in the dead of night and emerge atop Nagarkot before dawn. As the sun peels over the horizon, it reveals a simply breathtaking view of the Himalayas. Trust us, it’s one to tell your friends about. But don’t forget that camera!

Ready to make some memories?

We’ve been specialising in trekking trips to Kathmandu, Everest Base Camp and lots more treks and adventure holidays in Nepal for over a decade.

We make it our mission to tailor your trip to suit you. So if it’s monkeys or mountain bikes, trust us to help make memories last a lifetime.