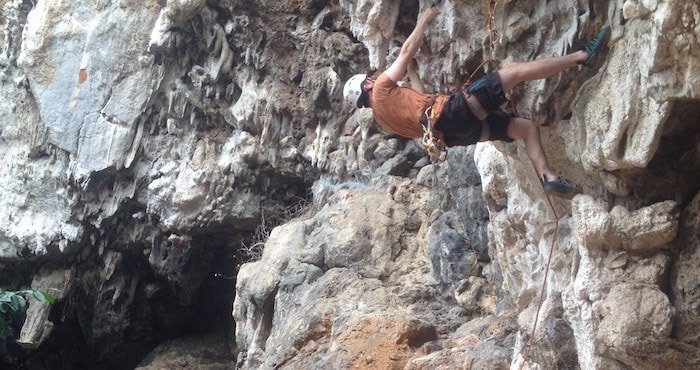 There was a long walk ahead of me, with tarmac baking underneath the rays of the hot Asian sun. I’d just touched down in Chiang Mai, the culture and adventure hub of North Thailand, psyched to see what adventure lay ahead. All around me, there was the familiar hustle of a South East Asian city, yet it had been some time, almost 5 years, since I last set foot in The Land of Smiles. 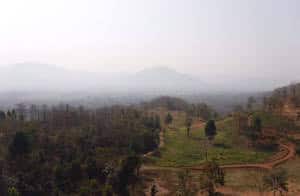 The gleaming shimmer of the motorbikes I saw in the near distance was an irresistible draw, rather than make the journey into the city centre on two feet I hopped onto two wheels. After spending much of the last 24 hours in planes, it was nice to feel the cool wind breeze by.

With just over a week to spare before our South East Asia Explorer tour, I’d planned to check out some of the tour’s locations. The towering limestone cliffs of Crazy Horse Buttress were where I was heading.

As with most climbing adventures, the first stop was one of the local climbing shops. Five minutes in, engrossed in the guidebook, there was a shout across the room, “is anybody looking to climb tomorrow?” Who was this guy? Minor apprehension preceded my urge to explore the vertical, but before I could pipe in, another climber in the room offered an “I’m in!” Not wanting to miss out, I said, “me too” and with that, Canadian Dave, Scandinavian Andreas and I set off to make some plans and sink a few beers. 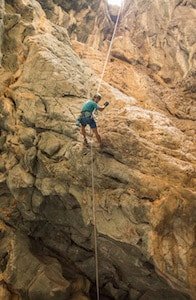 Right off the bat it was clear that I was in good company. Both were extremely competent climbers in their own right, moving up routes quickly, with power and finesse. As Dave proclaimed in his thick Canadian accent, “Andreas is a machine!” Over the next few days we dispatched many more routes at Crazy Horse.

Thailand’s more famous climbing Mecca lies along the southern beaches of Tonsai and Riley off the west coast of Krabi. And a Mecca it was, when I arrived off the long tail boat 13-years ago. Crystal clear waters, dollar a night beach huts and no people! It felt like you were going off grid, and indeed you were. Times though have changed. You’ll have to queue if you want get up the crags’ classic, more popular routes, larger chains and hotel resorts have popped up, forcing locals out, changing the landscape and the essence of the place. Tonsai and the climber’s paradise that it was, isn’t what it used to be.

Discovering Crazy Horse Buttress and the cliffs of northern Thailand was not fortuitous. Climbers – adventurous souls – sought to find the serenity that once was, seeking further into the country’s mountains and jungles. In the north, the air is crisper, the mountains densely covered in jungle, providing canopies of shelter from the intense Thai sun. Coupled with the outstanding quality of the limestone and the relaxed atmosphere, Crazy Horse, for those in the know is the climber’s best-kept secret in Thailand.

Read more about climbing in Thailand 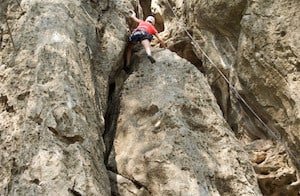 The rock at Crazy Horse Buttress lends itself well to climbers of all abilities. What makes it special is its length. As well as offering routes up to five pitches, most of the single pitch routes are 30m and most of it steep. The rock however has plenty of deep cut holds and is superbly bolted. All bolts are resin set, chunky, new and giving you the confidence you need when pushing the grade. Trad lines (where climber’s place their own pieces of protection) are also available, but we just stuck to sport climbing as I know there’ll be time to explore more when I return!

Crazy Horse is undoubtedly one of our favourite places in South East Asia. After a week of personal climbing and exploration, we took some members of the tour group to the venue, climbed many routes and abseiled into the epic 60m deep chamber of the Anxiety State Cave. This was part of our 2 week tour through Thailand and Laos the South East Asian Explorer. I can’t wait to get back out on the rock! 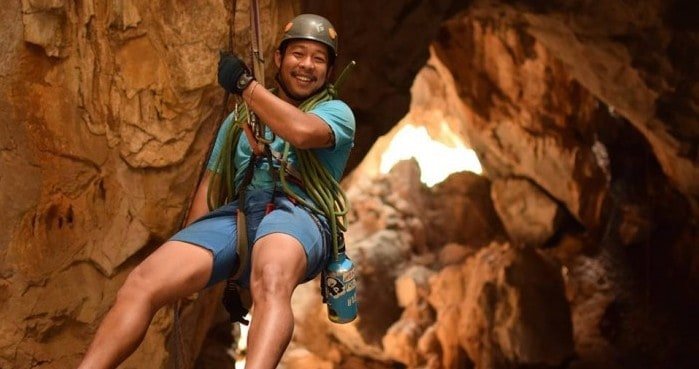